🎉 We raised our pre-seed round 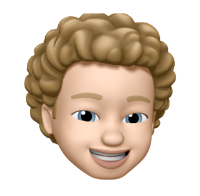 Happy negotiations end in a successful alignment between different stakeholders. We are massively energised to announce that we have closed our pre-seed round of 1m€ to simplify buying experiences for the creative industries. Our small group of product and technology experts is building a design-based collaboration tool that provides value along the entire client relationship and will fundamentally change how buyers and sellers interact with each other. We are now backed from multiple US & EU investors and will launch in private BETA in Q1 2023.

Read more in our press-release below:

Along raises one million Euro to build the Figma of negotiations

Along, the happy negotiation tool, co-founded by German brothers Julian Philipp Nagel and Frederik Nagel, has raised one million Euro from international investors. The Berlin-based start-up has closed its first financing round with international investors like Alex Chung (Founder of GIPHY), OMR X (Philipp Westermeyer), APX (Axel Springer & Porsche), Pareto (Shutterstock) and tiny.vc besides many more. Along aims to simplify negotiations, so creative agencies, startups and freelancers can maximize their profits.

Creating the single source of truth for negotiations

Along is a cloud-based agreement & negotiation tool that targets the fastest-growing workforce of independent professionals. Early customers are experts, creators, freelancers or start-ups & agencies. Aiming to increase their bottom line, Along provides a collaborative page builder for personalized offers that acts as a single source of truth and enables them to close more project deals.

The German start-up solves the everlasting pain of not being on the same page with clients by aligning all stakeholders of a negotiation in a single interface. Often, independent professionals have problems in their agreement processes for offers, contracts, approvals or payments with other stakeholders. They don’t have a single point of reference for all negotiation related information resulting in content scattered across multiple versions of pdfs, jpegs, pngs, movs, etc. and channels like e-mail, Whats App, Discord, and so on.

“The fragmentation of today’s buying processes results in confusion, a massive time loss or even final project churn. Whereas most of today’s internal team workflows are already simplified in cloud-based interfaces, negotiations and agreements still function in the same disconnected back and forth as in the 2000s”, says Julian Philipp Nagel. “We felt a need for a single virtual intersection, which provides clarity for all participants.”

Investor Alex Chung sees Along as a revolution in negotiations - “the tool allows creatives to create businesses out of their biggest asset - their creativity. Along will help to bring millions of creatives into business like Shopify helped millions of merchants go online”

The software allows users to build a dedicated interface for their individual clients, in which they can include all information needed to finish the negotiation process and project setup. Users are able to create their own components in the offer pages, upload external pricing sheets, briefings, and prototypes or connect the tool with sources such as Figma, Trello, DocuSign or Stripe. Inside the tool, individual parties can exchange information via comments, chat or video and approve offers, content or contracts. Along simplifies communication, prevents misunderstandings and creates more transparency among contractual partners willing them to build mutual roadmaps.

Investor Philipp Westermeyer explains: “At OMR, we use multiple software tools for negotiations and my sales colleagues are thrilled by Alongs vision, because it solves an essential pain point: getting from a first pitch to a final offer”

So far, the start-up has built a manual MVP and onboarded 62 businesses in seven weeks - the firm has a waitlist of more than 3500 people. Along will use the funds to expand their core product team while launching the ALPHA version of their tool for selected users in Q3.

Thank you! Your submission has been received!
Oops! Something went wrong while submitting the form.
By using this website you agree to our privacy policy.
Agree